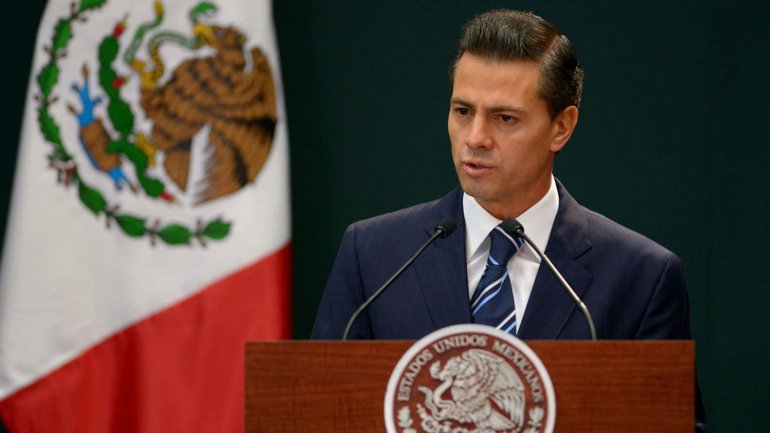 Today in Mexico the PRI is back in power after 2 terms (12 years) of PAN Presidency. The very unpopular War against Drugs and street violence that erupted during the term of President Felipe Calderon Hinojosa took its electoral toll in favor of Enrique Pena Nieto. After 12 years in power the PAN party became the third, and last, political power with minority in Congress and the Senate. Why Mexicans wanted to go back to the PRI? There is no doubt that the Mexican Society has change in the last decade. Has the PRI changed as much?

During the Mexican Awakening (1962 – 1984) young Mexican Boomers challenged the Institutional Mexico of the PRI. They wanted Institutions to become more democratic. On the other side the Institutional Mexico was having its crowning years from 1968 to 1970: both the Olympics and the World Cup were going to be held in Mexico City. The Olympics of 1968 were the first games celebrated in a Hispanic country. During these turbulent years Enrique Pena Nieto was born (1966). Those born during an awakening belong to the Nomad Archetype Generation, in this case to the Mexican X Generation.

As Governor of the State of Mexico Enrique Pena Nieto began a non-official campaign to become President of Mexico. His political capital included 608 compromises that he made during his candidacy and at the end of his term were almost complete. During his candidacy as President he made a slogan about his will to make all its promises a fact. Since the beginning of the election he was favored by polls from all the Marketing Research Institutes and Media. At some point during the election the newspaper “Reforma” published the results of its polls and said that the election was “Technically” tied up between left wing candidate Lopez Obrador and Pena Nieto.

Still the candidacy was not an easy one. During a visit to the Ibero University a group of students protested against the electoral process. That protest became a social network movement and eventually the #yosoy132 movement was born. The main issue of the movement was that the Mexican TV Stations, Televisa and TV Azteca, were giving extra coverage to the PRI candidate and that it was unfair for the other candidates. Also Lopez Obrador was always demanding that a severe fraud was being prepared for the election. Some people started to doubt if the candidate was going to be able to hold and get elected after all those severe attacks.

Some polls before the election gave Pena Nieto a huge advantage of almost 18% over the runner up Lopez Obrador. Still the day of the election that advantage started to become smaller. At the end of the election the PRI and its Candidate Pena Nieto got 38.15% of the vote. Leftwing Candidate Andres Manuel Lopez Obrador from the PRD got 31.64%. Right wing Candidate Josefina Vazquez Mota from the PAN ended up with 25.40. Gabriel Quadri from the Teachers Union Party got 2.30%. Some people today claim that there was a fraud and that proof of that is that the difference between the polls and the results are very different.

The post electoral troubles are already causing problems to the new elected President. Soon after the elections Presidential Candidate Lopez Obrador denounced that election was corrupt because there was proof that votes were bought. Soon the Supermarket chain “Soriana” saw its stores empty after people with money cards were changed for food and goods in less than two days. Soriana is in big trouble because investors became dubious of the way the corporative government was managing the company. The stock is down 7.4%.

Also according to Lopez Obrador the final countdown of votes that were bought is five million. He is calling the election to become null because of the failure of the Federal Institute of Elections (IFE). On the other side the IFE claims that elections are fine and that the winner is definitive. Marches and protests erupted all over Mexico against the elected candidate.

During an interview in CNN Enrique Peña Nieto was asked about organized crime and immigration. The reporter Fareed Zakaria was making the questions and the elected President looked slow giving answers. Denise Dresser and Lorenzo Meyer started to criticize Peña Nieto because he was supposed to know the answers already.

Today Mexico faces a lot of challenges. The War Against Drugs and the urban violence in most of the country have taken a toll of nearly 90,000 dead people. Mass poverty, unemployment and lack of superior education are still an issue of critical importance. Mexican workers need better capacitating in order to be more productive internationally. The US economy is not generating wealth like before and it affects Mexico directly as a member of NAFTA.

Enrique Pena Nieto will be a Fourth Turning President. Fourth Turnings are huge challenges to nations and this turning will not be the exception. Old institutions cease to exist and new ones are created. A sense of urgency is created and society becomes more involved in politics. Also during his term as President of Mexico he will face the challenge of replacing old Boomer Politicians with a new Generation of adult X Gens. Young Millennials will begin to serve institutions taking the place of X gens. How difficult the Crisis will be? It’s difficult to know. But this is only the beginning.

Written by Edwin Carcaño Guerra and published on november 18th 2012